Posted by Hard Bop Granddpop at 6:58 AM No comments:

A trombonist and arranger best remembered for stints in support of Chico Hamilton and Duke Ellington, Jimmy Cheatham was also a jazz educator and bandleader, with wife Jeannie helming the Sweet Baby Blues Band for close to half a century.

Posted by Hard Bop Granddpop at 7:40 AM No comments:


Clarence Eugene “Gene” Shaw b. Detroit, MI 6/16/1926, d. Los Angeles, CA 8/17/1973 – trumpet
One of the true “Forgotten Heroes of Hard Bop”, Shaw played with Lucky Millender, Lester Young and Wardell Gray before joining the Charles Mingus group in 1957. Had star making performances on Mingus classics, Tijuana Moods and East Coasting. Recorded as leader, for Argo in 1960’s. His session Breakthrough, recorded in Chicago 1962, is one of the hidden gems from the hard bop era. The title is well worth seeking. – Breakthrough (1962) Argo

Eli “Lucky” Thompson – b. Columbia, S.C.6/16/1924. d. Seattle, WA 7/30/2005 –tenor, soprano sax
Raised in Detroit,Thompson was outspoken critic of  dishonesty and under handed music business practices.. Played with own band at Savoy Ballroom, went to Europe in 1950’s because  of his dislike of music business practices and joined Stan Kenton for French tour in 1956. Returned to States in 1962. – Lucky Strikes (1964) Prestige


Posted by Hard Bop Granddpop at 6:05 AM No comments: 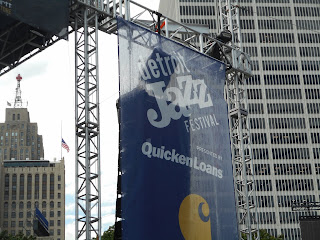 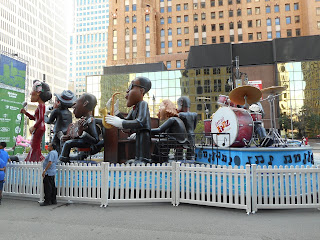 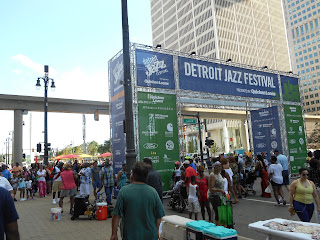 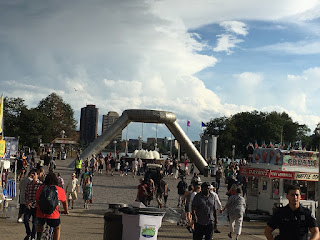 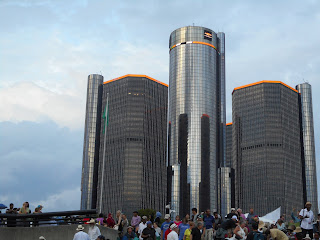 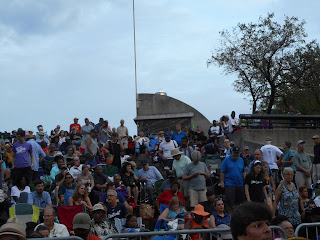 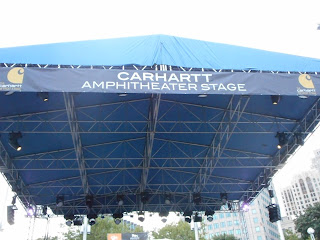 Carrington, Spalding and pianist Kris Davis began the set with some fiery trio play in a set wholly comprised of Geri Allen compositions.  Then, the trio was joined by saxophonist Ravi Coltrane and David McMurray on flute plus tap artist Maurice Chestnut (performed in Europe with Geri Allen as tap soloist) Spalding was bouncy, energetic and absolutely fierce during the tribute. With sunglasses keeping the glare of the evening sun out of her eyes, Carrington was the epitome me of cool. And boy did she jam! Pianist Davis was a revelation and more than did justice to the Allen compositions. McMurray played beautiful in and out flute and Coltrane, who is a dead ringer for his father, (and also much underrated) shone very bright. A marvelous way to kickoff DJF 2018.


lead to a rousing session from this year’s Artist-In-Residence, Chick Corea Along with DJF mainstay bassist John Patitucci and longtime Corea collaborator, drummer Dave Weckl, the performed as The Akoustic Band. At 77, Corea looked youthful and healthy and as nimble fingered as ever. Patitucci may be the best jazz bassist in the business right now (in my humble estimation) and on this night he did not disappoint. His solos were strong and definitive. And he is also a wizard with the bow. The propulsive Weckl sounded as if he could have played all night. Through an array of Akoustic Band music , old and new, Chick and friends sounded as fresh as the did on the 1989 album named for the band.

The 25th reunion of Straight Ahead was all we expected and more. The core of Straight Ahead, violinist Regina Carter, pianist Alina Moor, bassist Marion Hayden and Gayelynn McKinney on drums were in rare form. Their 50-minute set was a treasure trove of the groups long list of compositions. Joined for one tune by Detroiters, vocalist Kymberli Wright and saxophonist Yancyy, with amazing scat vocalese from Ms. Wright. Carter displayed her world class skills and rocked the house. Moor, with her inside/outside playing, added to the weekend of outstanding pianists (see Kris Davis in Opening Night article), while Hayden and McKinney, as always, keeping the groove.

Though Dr. Lonnie Smith and his trio were scheduled for the time slot, Louis Hayes and his quintet were more than worthy alternates. Hayes at 81, is still one of the hardest driving drummers around. Accompanied by Abraham Burton on tenor sax, vibraphonist Steve Nelson, David Bryant on piano and on bass, Dezron Douglas. The set was entitled “Serenade for Horace”, Hayes’ tribute to his mentor and former bandleader the legendary Horace Silver. Throughout the 50-minute set, Hayes and company helped me believe that my beloved hard bop is not dead. Veteran vibist and educator Nelson, longtime member bassist Dave Holland’s groups, was fiery and original. Abraham Burton was a welcome voice with his own hard bop voice. The boyish looking Bryant was just another of the magnificent pianists heard during this festival. Douglas, on up-tempo and slower, held it down with his thumping bassline. Expecting Dr. Lonnie Smith and instead seeing Louis Hayes was like wanting a Play Station and getting an Xbox, fantastic either way. 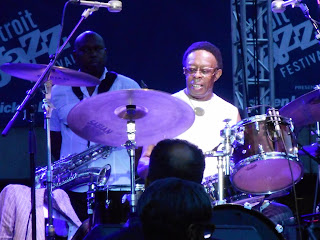 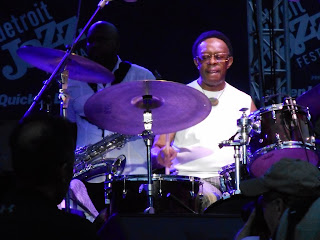 The 80th birthday celebration for the late, great trumpeter Freddie Hubbard entitled Hubtones, was absolutely amazing. Four of the top trumpeters in jazz, the highly decorated Nicholas Payton, Randy Brecker, who during his illustrious career has been a member of Blood, Sweat and Tears and both the Horace Silver Quintet and Art Blakey’s Jazz Messengers, the young firebrand Jeremy Pelt and David Weiss, who recorded with Hubbard on his final session. 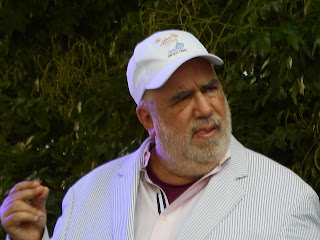 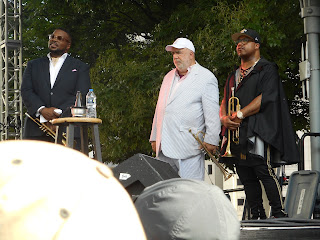 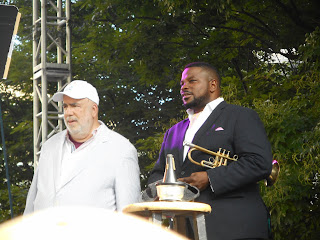 This year’s representative of the Yokohama Jazz Promenade was the winner of its Grand Prix competition, The Asaba Trio. Lead by guitarist Hirofumi Asaba, the trio, bassist Yuhei Honkawa and drummer Toshihiro Fujita were, as previous Yokohama winners, tremendous. Asaba, who’s style pays tribute to Barney Kessel, was a nimble finger magician. “Sweet and Lovely, “In Your Own Special Way” and “Asaba Blues” were standouts. Honkawa reminded of the bassists of legend like Oscar Pettiford, as he mouthed every thump of his bass, it was great! And drummer was a cool, unassuming dynamo. 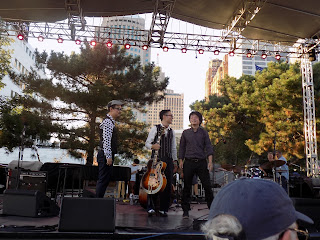 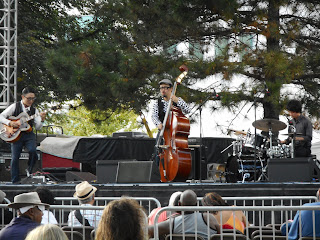 Posted by Hard Bop Granddpop at 10:56 PM No comments:

Posted by Hard Bop Granddpop at 4:34 PM No comments:

Posted by Hard Bop Granddpop at 8:17 AM No comments:

Posted by Hard Bop Granddpop at 8:15 AM No comments: